Despite our Heros.. We were ROPED in.

One of my favorite cartoons from the TV was always The Mighty Heroes. I wont lie, back in the day diaper man was the beez knees, but recently it occurred to me that the entire time, the worlds greatest superhero was right there the whole time, ROPEMAN!

If you missed ROPEMAN and the Mighty Heroes, growing up they were a featured segment on the Mighty Mouse Playhouse cartoon show.

The mighty heroes were a rag tag group of unlikely super heroes.

Diaper man is a red-headed, diapered, yet fully articulate baby as well as the leader of the group, who sounds a lot like Popeye the Sailor Man. His main weapon is his bottle, which by holding on to the rubber nipple, he can swing around (or shoot like a slingshot) forcefully. The bottle can also shoot high pressure streams of baby formula. In emergencies, Diaper Man (and often Strong Man) will drink some formula from the bottle when extra strength is needed.

Strong man has super strength. He speaks with a friendly farm-boy type of accent and holds a civilian job as a mechanic. His favorite fighting move is his “jet-propelled blow” by which he flies into a villain fist-first.

Tornado Man is a television weather forecaster who can spin himself into a tornado. He often sucks the villains into his vortex, then shoots them out toward the nearest wall. He speaks in a wheezy voice.

Cuckoo Man is a bird-shop owner whose powers are the most limited of the group. Unlike the other heroes, who can fly with no effort, Cuckoo Man has to flap his arms almost constantly in order to keep aloft (the conclusion of every episode always shows him lagging behind the pack as they fly off into the distance). Cuckoo Man changes into his costume by jumping up through the bottom of his store’s cuckoo clock and popping out through the little door. While the other heroes’ flying is accompanied by a “jet” sound effect similar to Mighty Mouse’s, Cuckoo Man’s is represented by a chugging jalopy-engine sound.

and The greatest of them all

…ROPEMAN Rope Man is a sailor who works at the docks. Erudite with a British accent, he can transform into a seemingly unending length of rope. He can use his hands like lassos, and can even weave himself into a net. The drawbacks to his powers are that he frequently gets tangled up or knotted, more often than not around his own teammates.

One of the greatest crimes of the past century, has been the great hemp hoax and reefer madness campaign. This policy has enabled, and is responsible for the greatest pollutant of our time, PlasticPollution. It is very interesting that the first episode of the Mighty Heroes was titled the plastic blaster. The title of this first episode is interesting to me, because, for proper planet stewardship, some of the most exciting products hemp can be made into are biodegradable plastics and If you were hoping I was going discuss CO2, I’d like to point out the mighty Ropeman eats CO2 for breakfast. 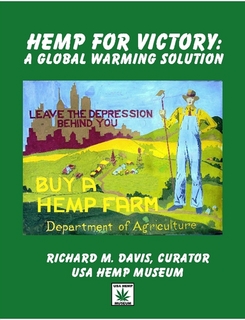 | I am very glad to hear that the Gardener has saved so much of the St foin seed, & that of the India Hemp. Make the most you can of both, by sowing them again in drills… Let the ground be well prepared, and the Seed (St foin) be sown in April. The Hemp may be sown any where.

|Hemp is one of the greatest, most important substances of our nation

)|Click here to read Hemp Advice from his newspaper the gazette

More content by grahamsvorten:
A Spark, in the Park, after Dark...Every day for 243 years. The Boston Common.
BOVA THE MOON....halfmoon
Dunkin’, Do Si Dos Nuggs
Despite our Heros.. We were ROPED in.
The Apple of My HIGH

Today's Weed News For October 8th 2019 #PAIN&INSOMNIA
Review of my growing crop smoking Matawidow.
Cannabis legalization in Mexico: What is the latest?
Makes Me Wonder If We Are Really Getting What We Want - Blockchain Coffee “Main Street”
My little plants are growing very well!! #weedreport
Luxembourg to Become Third Country in the World, and First in Europe, to Legalize Recreational Marijuana