Belgium, Another Country which Gets Cannabis Use Wrong

Last night I was mailing with my father in Belgium and I recently had mentioned him about smoke.io. There’s a little a bit of a background, an interesting background here.

Some who know me from Steem, know that I haven’t had any contact with my parents for around two decades. Until earlier this year, 2018, I became ill and ended up for 12 days in a local hospital here in Asia. One morning, well it felt like morning after several almost sleepless nights being tortured with the crap neon lights in the room, the phone rang and I heard my name on the other end. Despite all the years in between I immediately recognized that voice... my dad’s. 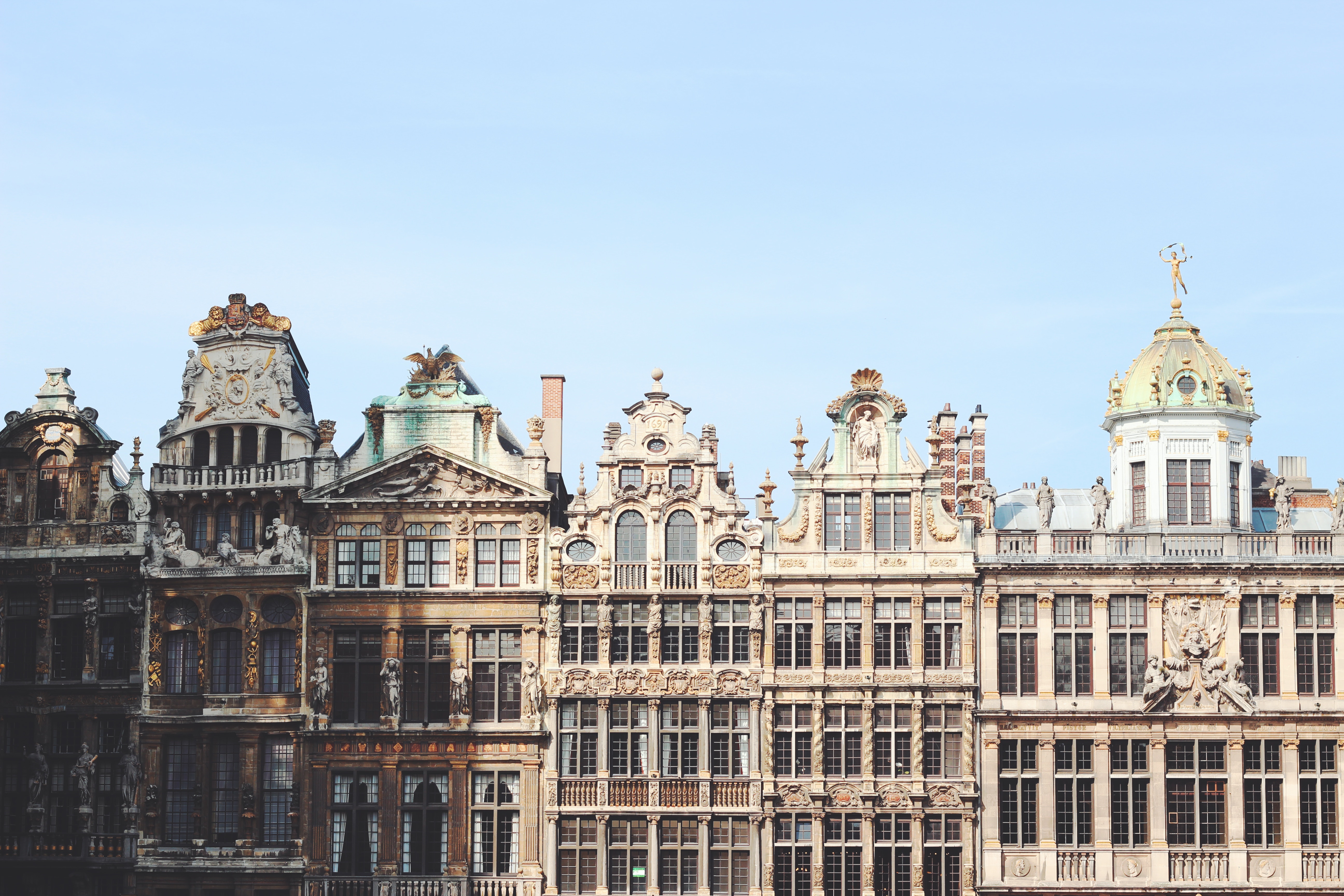 There’s not much to be told about the reason of the long silence between us. We were different people, different characters - although we share many an old-fashioned principle - and lives went different paths. I don’t blame my father for anything as he was only able to share with me what he had learnt and thought was good.

We are a uniform family. A rather respected one even. My mother’s father retired sniper and my father’s father retired instructor of the Belgian elite troups - yes, they exist but due to lack of funding they are specialized in throwing their guns because they have no bullets. My dad, he recently retired one of the top cops in that little twisted country I was born in.

As for me, well I was the partying bon-vivant and rather bored at school too. Bored because not truly challenged. Obviously, that brought its rather frequent cause-correlation situations in life and some day I left. Not because I was sick of living with my parents but rather because I was searching for something. I didn’t know then but now I know that I was on the search for myself.

Long story short, this year we have mailed regularly. Weekly, often even more. It wasn’t always easy but slowly but surely the situation has become very awesome actually and we are growing closer. Growing closer despite more than 6,000 miles in between us.

Sure, there have been frictions. My dad is still a cop after all, retired or not you can not take the cop out of person. When in earliest weeks he had to accept that I’m active in crypto it took quite some effort from his and maybe also a minor power play by me. But while I could often hear the grumbling at the other side, I can but respect and admire the effort the old man has put in.

Little more and some day that good old fashioned principled guy may even become a “progressive”. 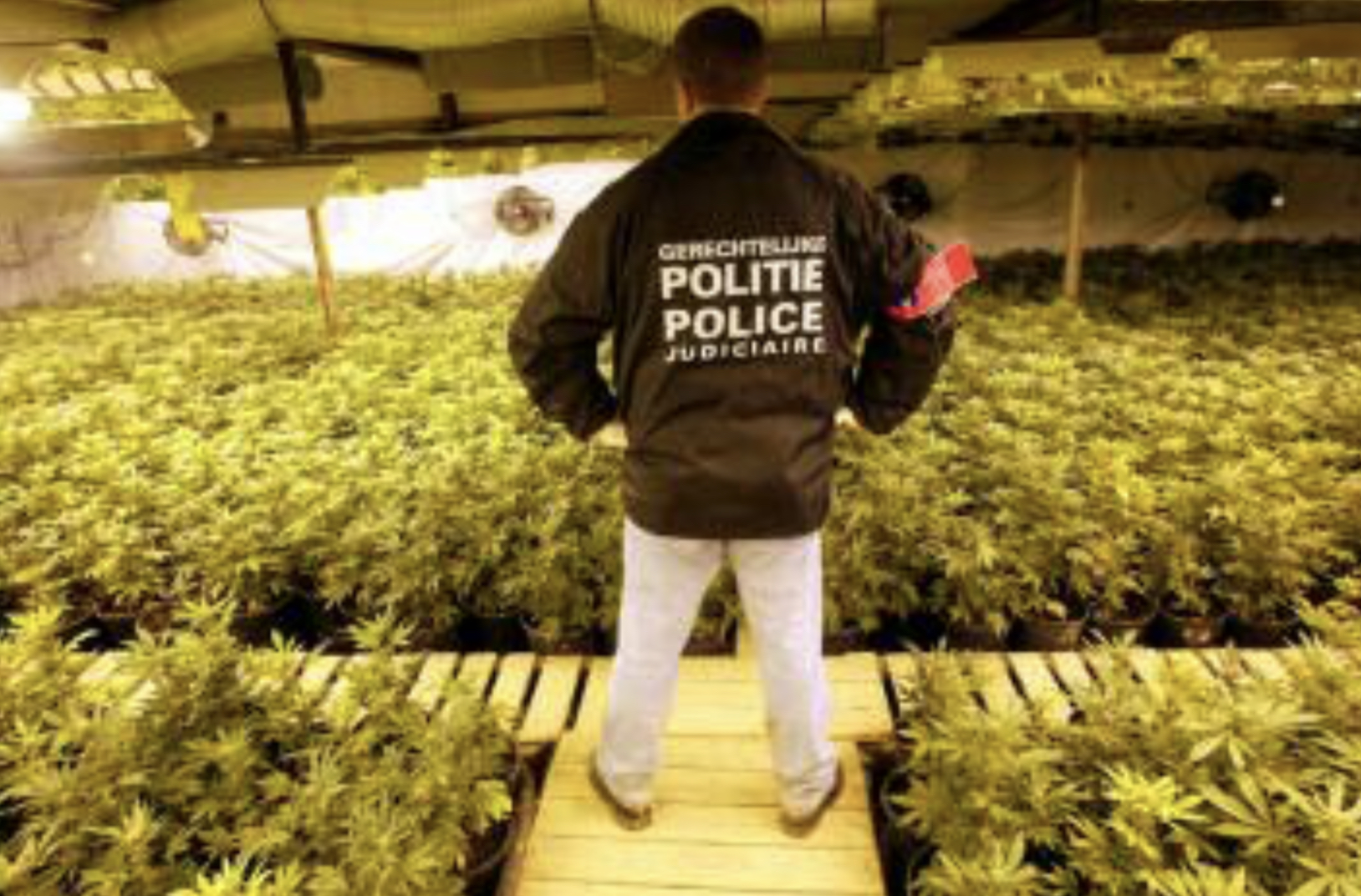 Belgian Judicial Police at a bust

So, last night I mentioned him about an upcoming project and we started talking a little bit more about cannabis. No, not about own use but instead about medical use. Because it’s relevant to him since my grandmother was recently diagnosed with terminal cancer and, also, because my mother - a chronic pain and migraine sufferer since a whiplash more than decades ago - recently kicked breast cancer in the curb. At the age of 59, GO MOM!!!

When talking with a cop like my dad there’s a special MO required you can not start telling him “This and that and that and that... oh, and also that”. That’s not how their mind functions, they’re investigators. You need to apply the “bait and sinker” approach.

Lo and behold, some hours later he got back and said that he had read up on about cannabis and was amazed. Amazed because he didn’t know anything beyond the recreational aspect of it until yesterday. Told ya, can’t take the cop out of the person but with a little luck he may become a progressive. Colon capital d.

To my surprise he even mentioned that Belgium had a proposal to legalize medical use of marihuana. BOOM!

Sadly enough it sounded too good to be true and it was as I learned after researching a little. But, true to Belgian tradition, it was a story of “Typically Belgian”.

Only in the country which managed to operate for more than 500 days without government.

History of Legal Cannabis in Belgium

Until early this century, Belgium was one of those countries which didn’t make any legal distinction between hard and soft drugs. Both fell under the label of banned substances, narcotics. With the exception of alcohol and nicotine, of course, they are legal.

In 2003, Belgium became one of the more progressive nations in the world as a new directive was passed which separated cannabis from other banned substances and allowed the possession of minor quantities to be decriminalized for adults.

Soon after, in 2005, minor quantities was defined legally and capped at 3 grams in a revised directive. Three grams or one cultivated plant, as one plant was also considered personal use.

Apparently, this directive has internationally mostly flown under the radar as it may have been among the most progressive regulations worldwide, second to the regime of toleration in the Netherlands only.

At the same time, since 2001, Belgium has allowed prescribed medical use of cannabis, but only as treatment for glaucoma, MS-related spasticity, AIDS, and chronic pain. While the regulation allowed pharmacies to sell small quantities of cannabis that never happened and most patients were forced to procure themselves in The Netherlands. Later they would also be able to procure themselves at the first Cannabis Social Club (CSC) Trekt Uw Plant (translation Pull Your Plant) in Antwerp. While there have been efforts to open up to five CSC, only the original one in Antwerp was ever authorized.

This is what we call “typically Belgian”. Which is rather surprising because in Belgium we have a so-called civic duty to find the backdoor on each new legislation.

Then Everything Went Wrong

In 2014, when the right-leaning “Mouvement Réformateur”, or reformist mouvement - the precursor to populism elsewhere, won the elections and Charles Michel became Belgian’s prime minister everything went downhill.

Michel I’s party is anti-drugs and in October 2014 the policy of tolerance and 3 grams maximum was ended as the government pursued a zero-tolerance approach to all drugs. Cannabis included.

Although one month later a proposal was announced to reintroduce, or finally introduce, the sale of small quantities via pharmacies nothing has come out of that so far.

In 2015 the expensive Sativex spray, by GW Pharmaceuticals, was instead legally allowed for MS patients.

Since then, other than by the Green Party, no political efforts have been made about any change in direction. Until some days ago when CD&V’s Els Van Hoof called to extend the regulatory medical use framework to include CBD-oils for MS and ALS as well as extend the use of Sativex also for ALS patients.

An effort by no means sufficient, or even sensible given all knowledge acquired in recent years, but at least it brings the topic back on the table.

Belgium is a small nation with a population of barely 11 million citizens. Additionally the country is historically divided linguistically and politically.

This contributes to a “small village” mentality on national - or rather regional - level and media have very little to report about. Thus the focus of the media when it comes to drugs has mostly been about drug raids, busts, and portraying the negatives. Over the Dutch and French 50-60 articles by Belgian media outlets I read today when researching this post, I did not read any which took a positive editorial position, unless the content published by the Trekt Uw Plant CSC.

The Belgian Health website even mentions that you can get addicted to using cannabis, albeit they did specify “mentally” but no further focus was given to that.

The Belgian media, and government, does suffer a truthiness problem when it comes to reporting Cannabis news.

As an emigrant, I can only hope that now the country is going to elections in May 2019, the opposition parties will see a benefit in campaigning pro-Cannabis use and the country may return to its former progressive methods.

So much for a brief TL;DR recap of the history of legal cannabis in Belgium, or how to evolve backwards.